You are here: Home / News / 10 Things you Should Know about India’s Mars Mission – Mangalyan

India becomes the first nation to launch a Mission to Mars in Asian countries and the launch status so far is success and is right now oribiting the earth for 25 days .

The mission named ‘ Mangalyan ‘ carrying the Mars Orbiter was launched by rocket PSLV C-25 , a powerful rocket with 4 stage ignition systems, made by ISRO , India .

Here are the important informations we have from Mars Orbiter Mission ( MOM ) ,

1. The spacecraft will go around Earth for 20-25 days in an elliptical orbit to gain the necessary velocity to pull off from earths gravitational pull .( perigee of 250 km and apogee of 23,500 km ) . 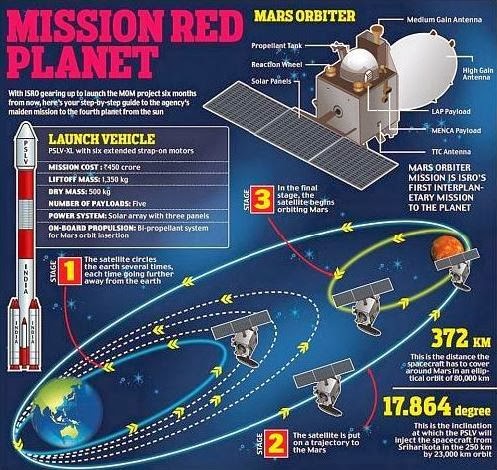 3. Our MOM will reach Martian orbit by September 24, 2014 , then will form elliptical orbit on mars . 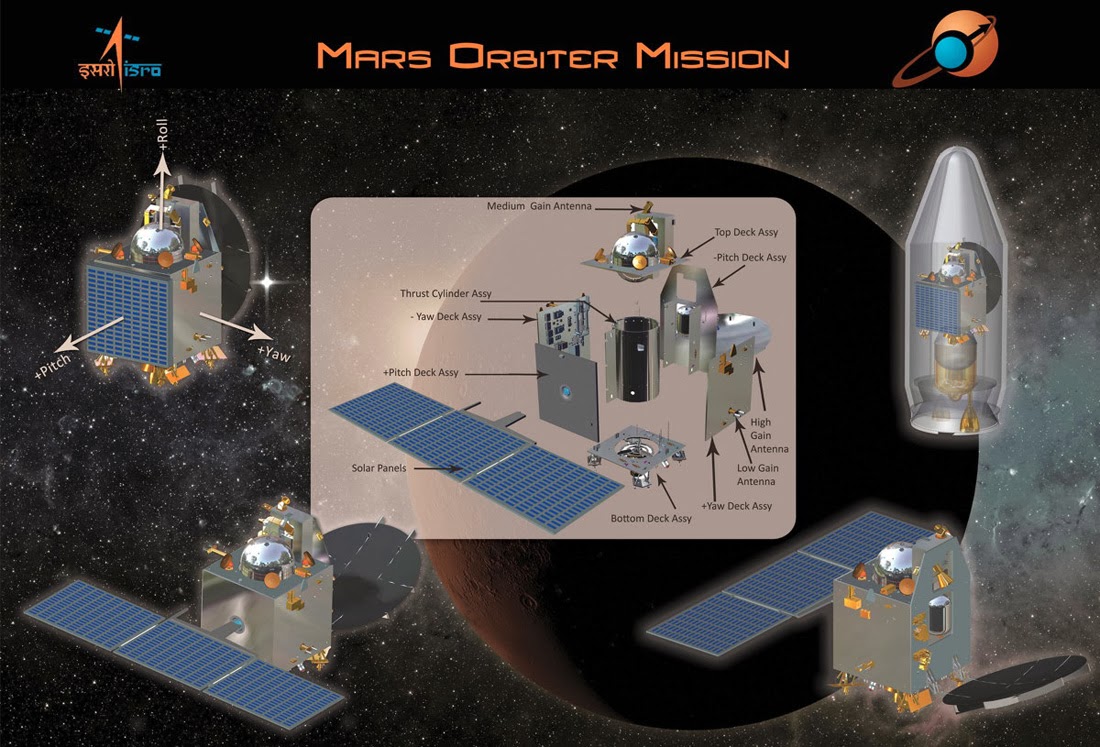 5 . The LAP and MSM is to study Martian atmosphere, MENCA to study particle environment on MARS . MCC and TIS are to analyse and get info on surface imaging of the red planet .

7 . Mangalyan’s Mission is  looking for the presence of methane, an indicator of life in Mars.

8 . The vehicle trajectory will be tracked from three different locations , 1st from Indian Deep Station Network at Byalulu near Bangalore , Down Range Station at Port Blair in India and from Biak in Indonesia and Brunei.

9 . Methane sensor on board the spacecraft , would look to detect the presence of methane on Mars .

10 . The Mars orbiter will complete travelling about 485 million miles on reaching MARS orbit .

It took about 2 years to built Mangalyan , ISRO’s scientists are now very happy about the mission has succesfully launched and ofcourse its time for the wholenation to proud of being 1st Asian country to launch Mars Mission and that too the very 1st mission itself turn out to be a success.

Whats your thought on this ? Do share your comments ..